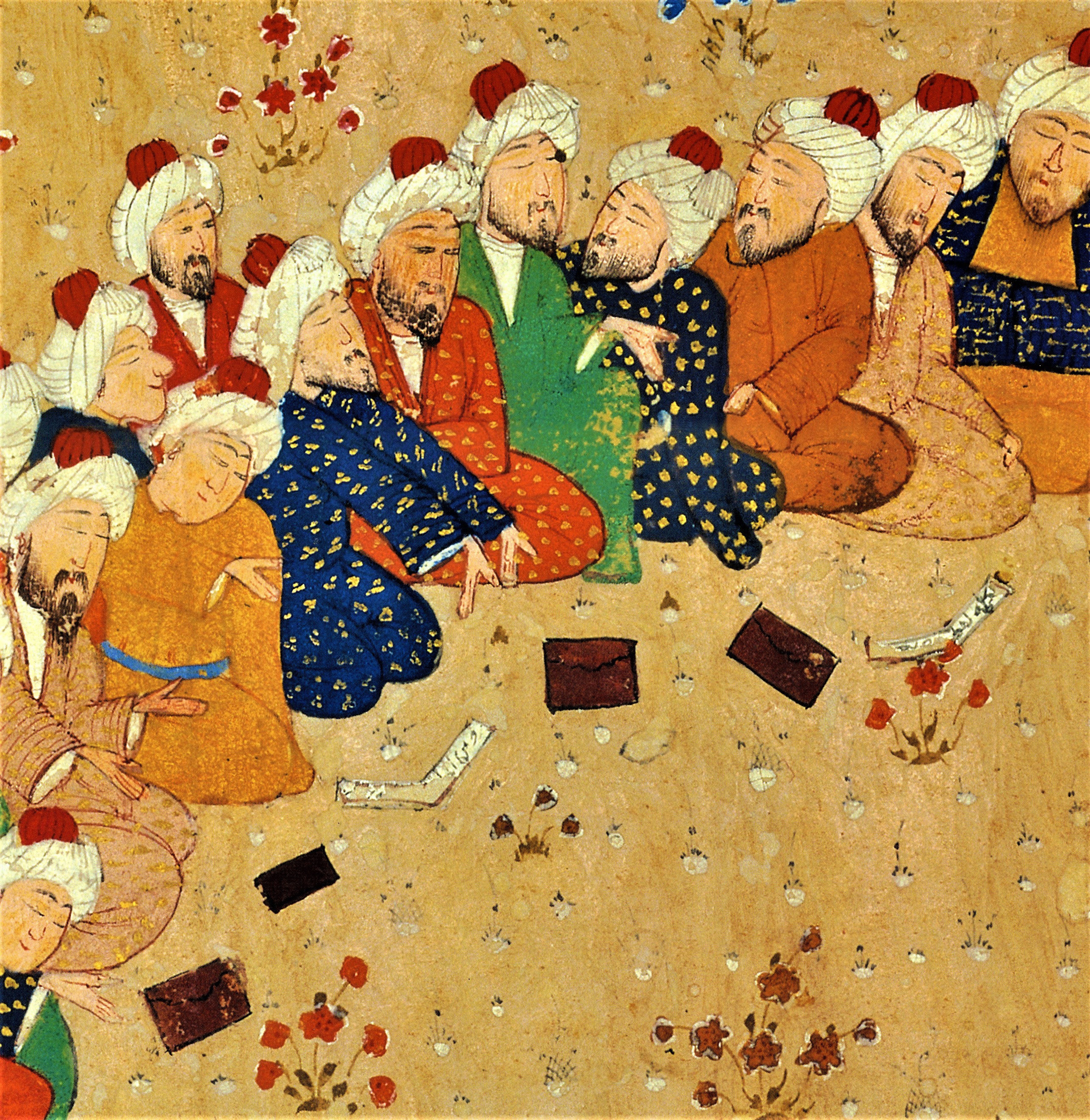 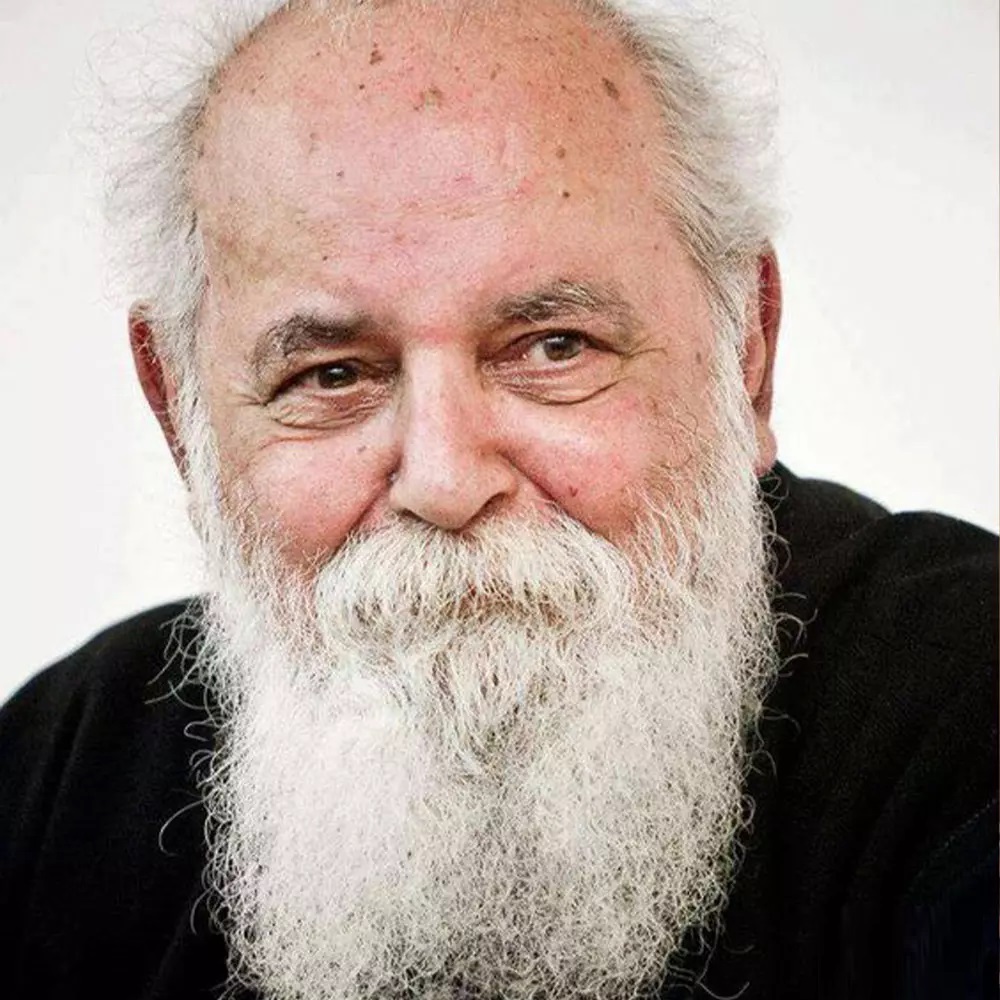 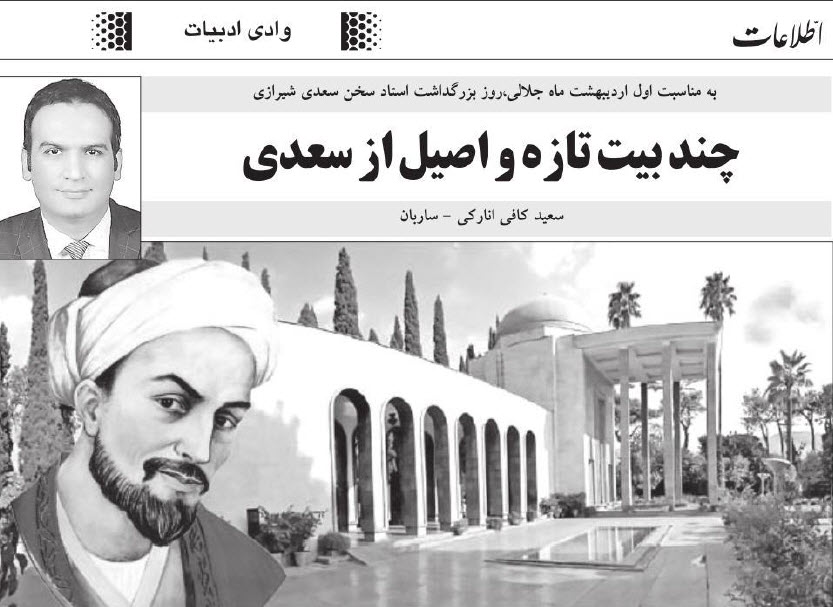 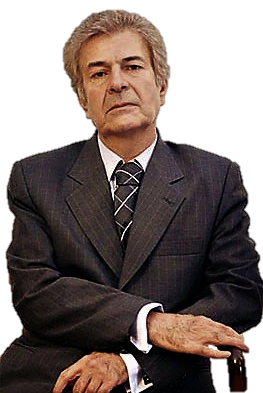 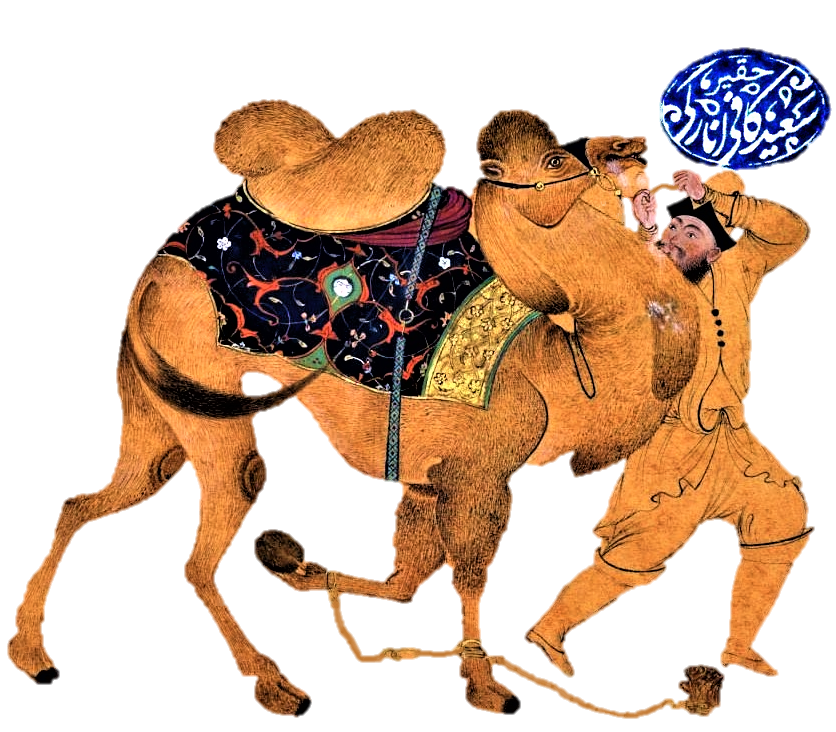 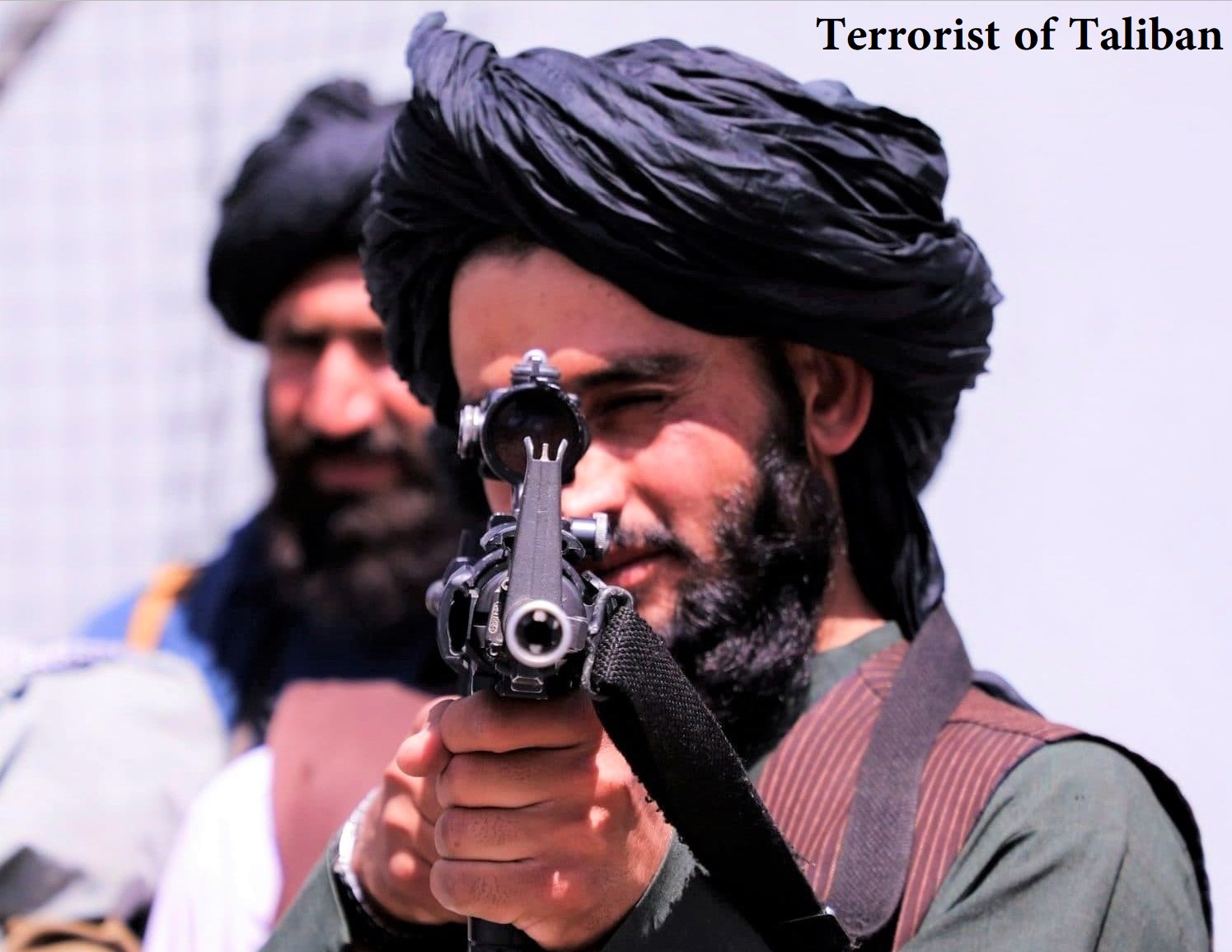 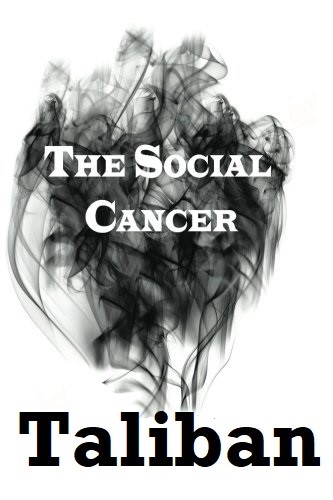 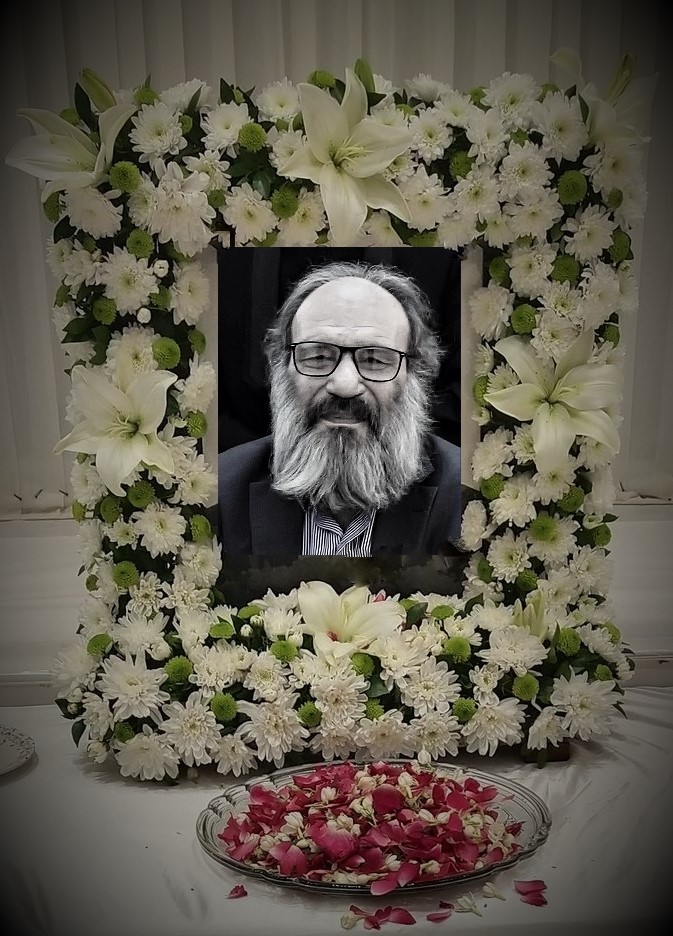 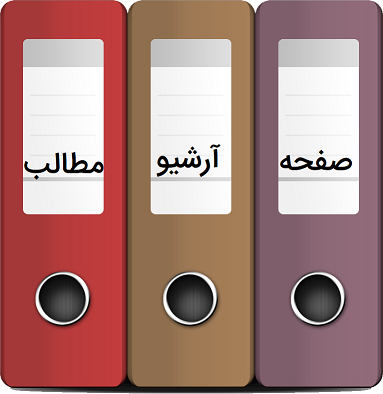 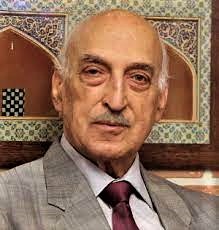 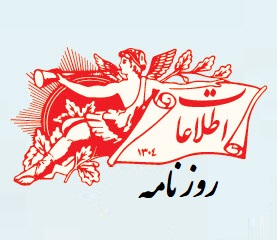 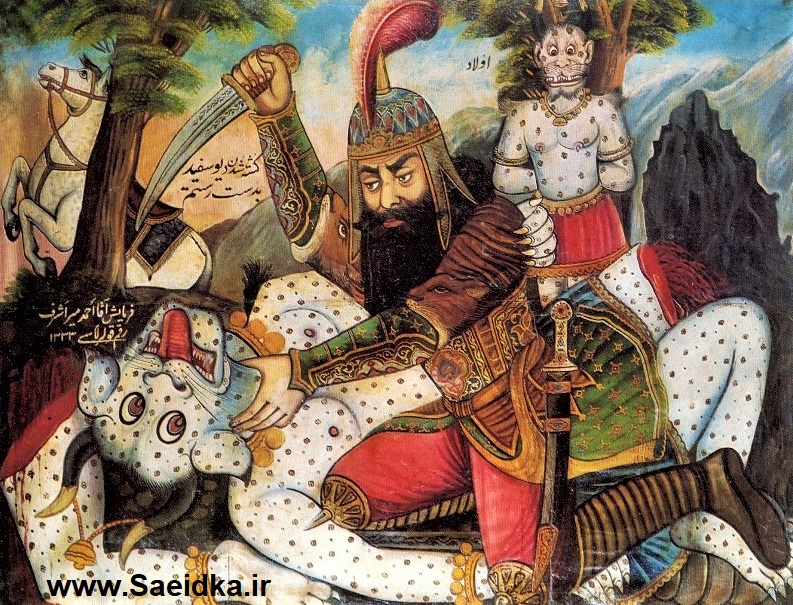 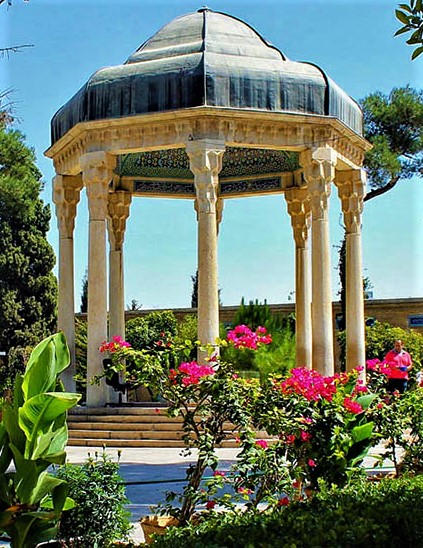 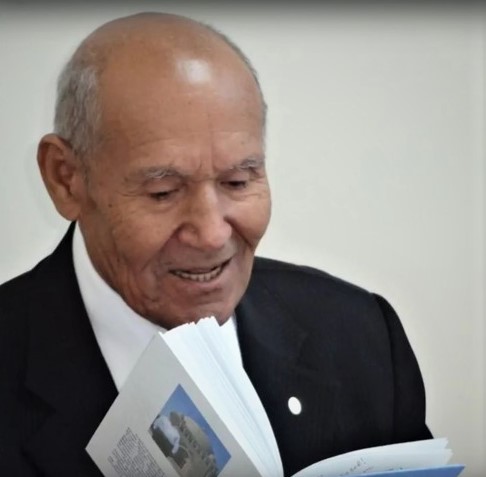 The Corona pandemic crisis has been affecting the world for months-long time. The headline news during this period is related to the news of this pandemic and humanity is deeply concerned about the Covid 19 virus and its unknown future mutation. Accordingly, the Corona catastrophe is considered by most countries in the world as a crisis related to national and international security. Human societies are also a living organism because they are composed of living components. Therefore, pathogens not only threaten the individual, but also the organism of society. Disease agents are not always living microorganisms. Sometimes extremist ideologies and thoughts such as Nazism or Talibanism are considered fatal pathogens in the social organism.

In the opinion of the author of these essay, pathogens at the micro and macro levels of the social organism are divided to two types. First, living microbiological agents such as Covid 19 virus which they can disrupt public order of communities in a pandemic as awhole and Second, ideological carcinogens that, as proliferative and dangerous cells, endanger the survival of their host social organism or make it severely ill and dysfunctional as to modern civilized duties of community such as, maintaining peace and security nationally and internationally.

Taliban as a militant Salafi Islamic group, with a dangerous unbreakable ideology which commands them to fight with all those who think other than them. In other words, they are obligated to the Devine to fight against all persons and nations who are different with them in Ideology.

Mullah Mohammed Omar, former Afghan Mujahideen commander who led the Taliban, and founded the Islamic Emirate of Afghanistan in 1996 had said to his devotee that “It is obligatory upon you to kill the disbelievers of Sunni Islam not only here in Afghanistan but also all over the world”. As their ideology dictates, they must kill the infidels as Jihad (means fight in favor of God) and if they are killed in this war, they will go straight to eternal paradise. The suicide bombing is an ultimate value for them and its reward for suicidal person is the highest levels paradise and beautiful angels.

It seems unbelievable for peoples of civilized communities but it is an undeniable truth and the past actions and previous approaches of extremist groups such as Taliban, Al-Qaeda and Isis are able to prove the realities of them.

No one can forget the bitter memory of September 11, 2001. Bin Laden, the Taliban and Afghanistan as a safe haven for terrorists who were against modern civilization. Permanent monetary support from Saudi sheikhs and some Persian Gulf Arab states to Al-Qaeda and the Taliban had been continuing after U.S war against them on 2001.

Taliban never respect to basic principles of modern human civilization. They had been killing of innocent people such as small girls who are students of elementary schools, innocent women who did not comply with their barbaric slavery rules as to womankind, member of the smaller of branches of Islam similar to Shiitte and followers of other religions from all over the world.

On August 8, 1998, Taliban forces captured 11 Iranian diplomats and a correspondent from Iran's state news agency (IRNA). They were attacked at the Iranian Mazar-i-Sharif consulate and subsequently disappeared. Very soon reports from the city indicated that all these men were killed by the Taliban militia attacking the consulate.

The destruction of the two giant Buddha statues in Bamiyan by a willful bombing was one of the most important attack against the historical and cultural heritage of humanity committed in 2001 by Taliban, when Mullah Muhammad Omar, issued a decree ordering the elimination of all non-Islamic statues and sanctuaries in Afghanistan.

Despite the fact that terrorists have killed hundreds of innocent people in the events such as 9/11 attacks and their roles in the death of thousands of coalition soldiers in the war against them.

Unfortunately, today the world is deceived by the Saudi rich lobby and thinks that the Taliban have been reformed and they have sought peace. Of course, for a smart political analyst, this claim is a baseless illusionary point of view. Because their Salafi ideology is considered as divine inviolable one and their ideological beliefs is their cohesion element as French sociologist David Émile Durkheim described it for Mechanical solidarity of non-modern communities. In this respect however it is clear that Taliban without their extremist ideology are similar to a body without life, i.e., the basic structure of uncivilized communities are not based upon “division of labor” and pacific relationships with other social entities. But their existence and survival are based on their own ideology and war against others who do not have Taliban’s metaphysical attitudes towards life. In other words, if you take the ideology away from them, they lose their identity and independence and as a result, they will be forced to settle in the modern civilization.

Thus sociology never accept that a mechanical and inorganic solidarity such as the Taliban, could modify or abandon the factor of survival or fundamental element of their solidarity as mentioned above it is their extremist ideology.

A Persian proverb said “It is wrong to re-test something which is tested before”. The civilized world has been watching Taliban for about 3 decades. Terrorism, International drug trafficking, Dangerous behaviors that are contrary to international peace and security and war against modern civilization by their unbelievable crimes against humanity so that we can consider them as a fatal social cancer and if International community does not cure this "Carcinoma" by rapid removal from the organism of the international community, transmissible cancerous terror cells of Taliban and its allies (Al-Qaeda & Isis) autonomously "with the force of their dreadful ideology and Endless financial support of wealthy Wahhabi mullahs, who are actual creators of Taliban and protect them as performance of the Divine commands", will proliferate and pose irreparable harm similar to 9/11 to the health and safety of the international community as whole.

That is because as the world history has proven to us, social cancer is a Metastasis one with a malignant tumor. I mean, The spread of cancer cells from the place of their formation (Afghanistan) to another parts of the global social organism. In the societal metastasis, cancer cells break away from the original primary terrorist tumor, spread through the global system, and form a new tumor in other parts or regions of the world’s social organism.

This cancerous social entities are not obliged to Jus Cogens rules of Public International Law. Erga omnes or Universal legal obligations owed by all governments towards the community of states as a whole, are meaningless for them too.

Taliban will radically change Afghanistan from a civilized member of global community to a non-united rebel entity who plays a destructive role as to, international peace and security.

all countries should never forget the previous attacks of Islamic terrorists.

From the brutal war against innocent people with letters which were infected with the Anthrax virus in 2001 and the attacks with bombs, hijacked airplanes, firearms, knives, and cars or trucks which were deliberately driven into crowds of innocent civilians in the famous western cities. In the Eastern parts of the world, Moscow theater hostage crisis (also known as the 2002 Nord-Ost siege), Isis attacks against Iraq or their Terrorist attack against Parliament of Iran and so on.

Exactly similar to a living human organism in the medical sciences, in structural-functional Sociology, the preservation and remembrance of historical memory of disease is very important for the social organism to avoid recurrence of social diseases.

in this regard, Afghanistan cannot be considered as an independent state irrespective of other members of international society. Because the political and social situation in Afghanistan is directly related to international peace and security. Exporting terrorism from Afghanistan to the international community is inevitable, because Taliban ideology is a universal one. In other words, they want to create a global Salafi government which is based upon an inviolable ideology.

The modern international Law norms such as, Humanitarian Intervention or R2P4 Allow all civilized states and International organizations to intervene militarily in Afghanistan's civil war against Taliban criminal forces with the superior goal of ending human rights violations, crimes and eliminations of an active metastatic social cancer which it will spread to other civil tissues and organs of our Global community as a whole.

The United States Armed Forces withdrawn from Afghanistan was the biggest mistake in the history of US foreign policy. Scientifically a sociologist who is expert on militant uncivilized groups in context, can prove this claim easily that this wrong decision, not only cannot prompt international peace and security, but also it is against it and after unavoidable next terrible terrorist attacks, e.g. 9/11, all decision makers are responsible for deliberate withdrawal in treatment of a dangerous and predictable metastasis social cancer toward International civil society. 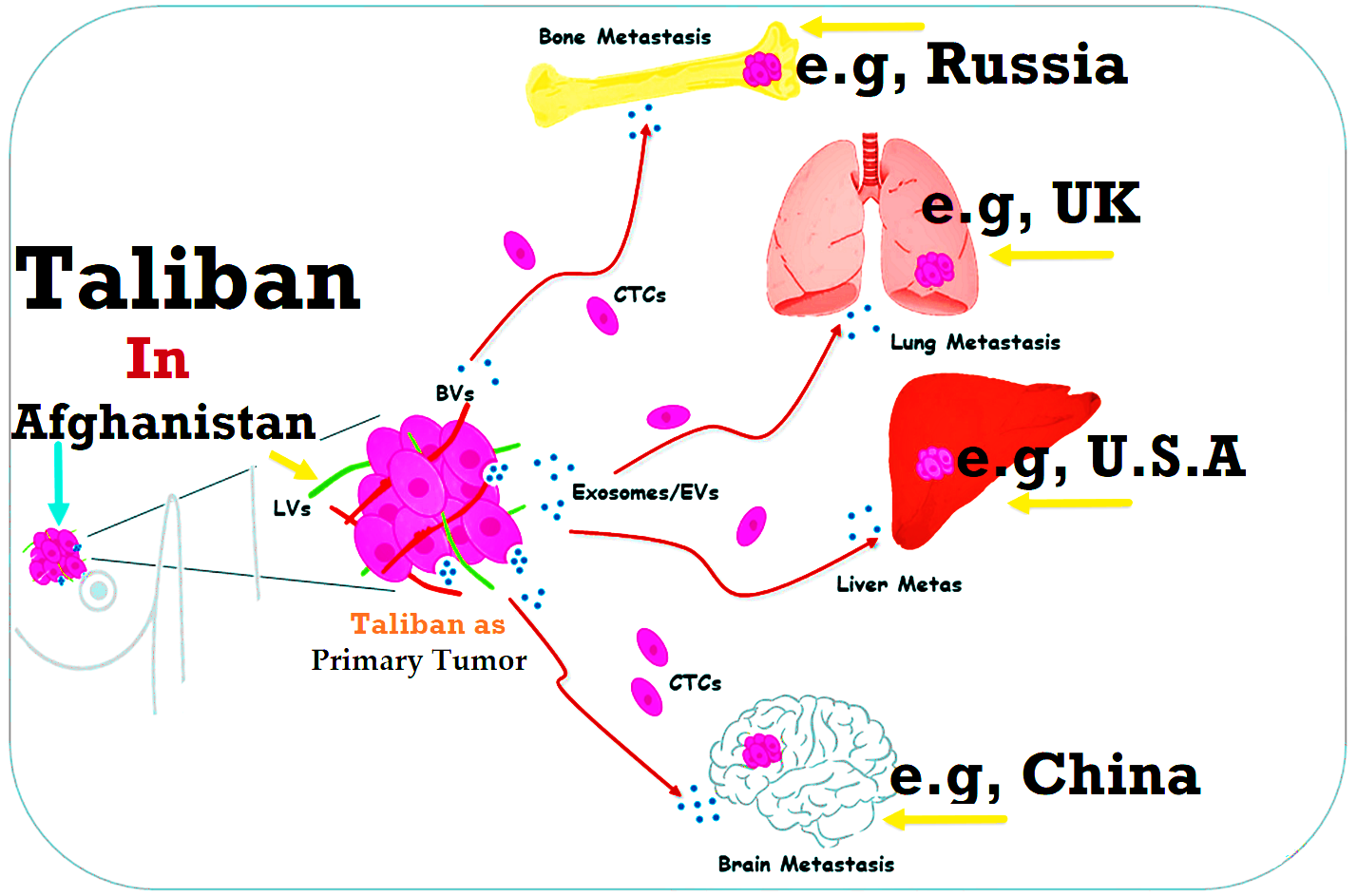 It Should be mentioned that revival of Taliban government is in favor of international unlawful cartels of drug trafficking which their invisible lobbies are protectors of them to produce inexpensive drugs for very profitable international immoral market of Drugs.

At the end of this essay, it is necessary for us to know that Fighting this social cancer is as important as preventing and fighting the Coronavirus and the Corona pandemic should not keep us unaware of the Taliban's critical social cancer.

As a scholar, I strongly recommend to all states around the world that Treatment of this social Cancer is an emergency duty of the globe to preserve health and survival of International social organism. Time is short and tomorrow is late.

The result of silence and inaction is the spread of this societal disease and its uncontrollability in the future. The world should not forget the Al-Qaeda and Isis during the past. Salafi Muslims are living in all western countries and they are potential followers of Taliban leader who consider himself as global caliph of Muslims like, Mullah Mohammed Omar and Abu Bakr al-Baghdadi.

In the current Afghanistan crisis, non-intervention of the civilized world, means: “The supremacy of false politics over science and Justice”. 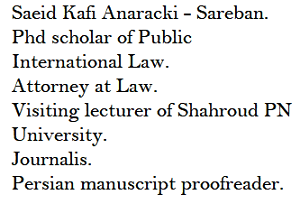 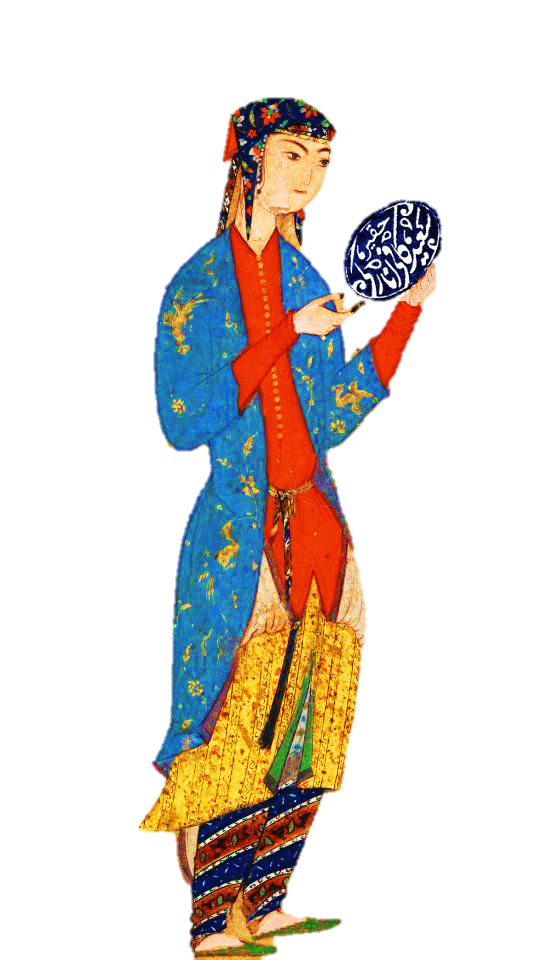 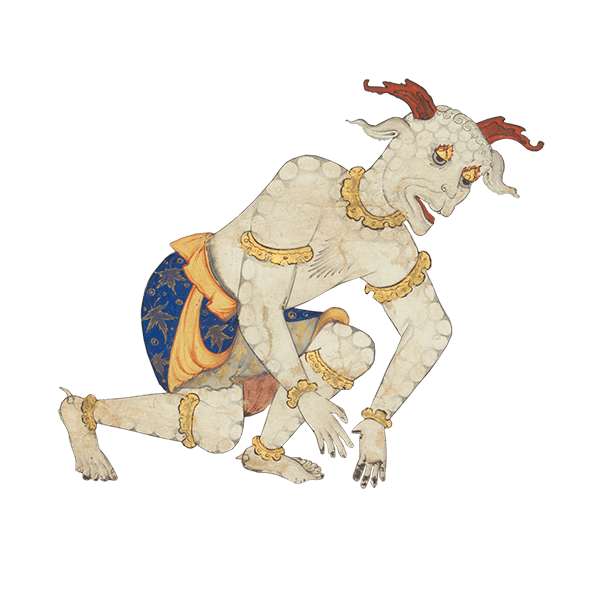 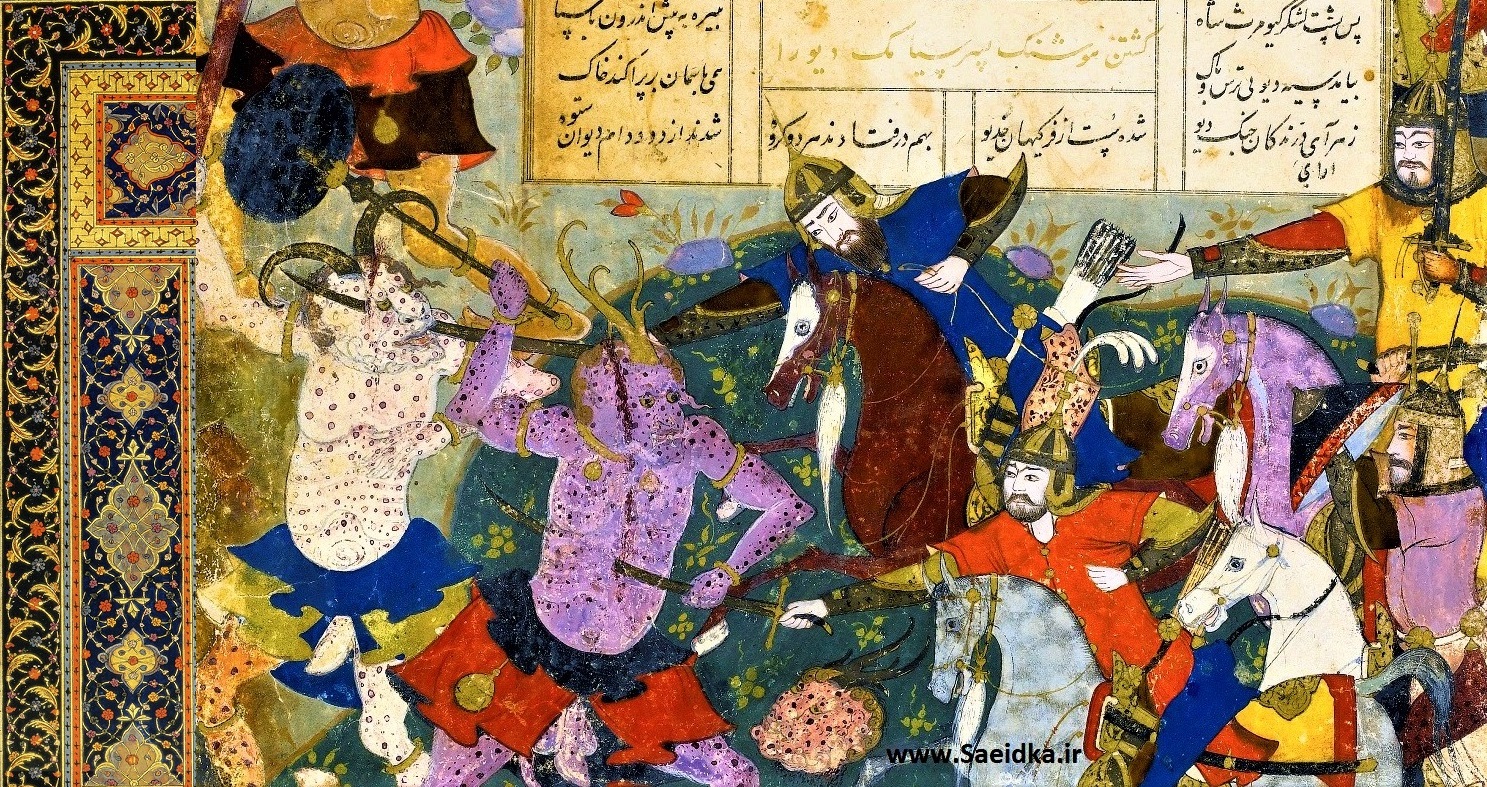